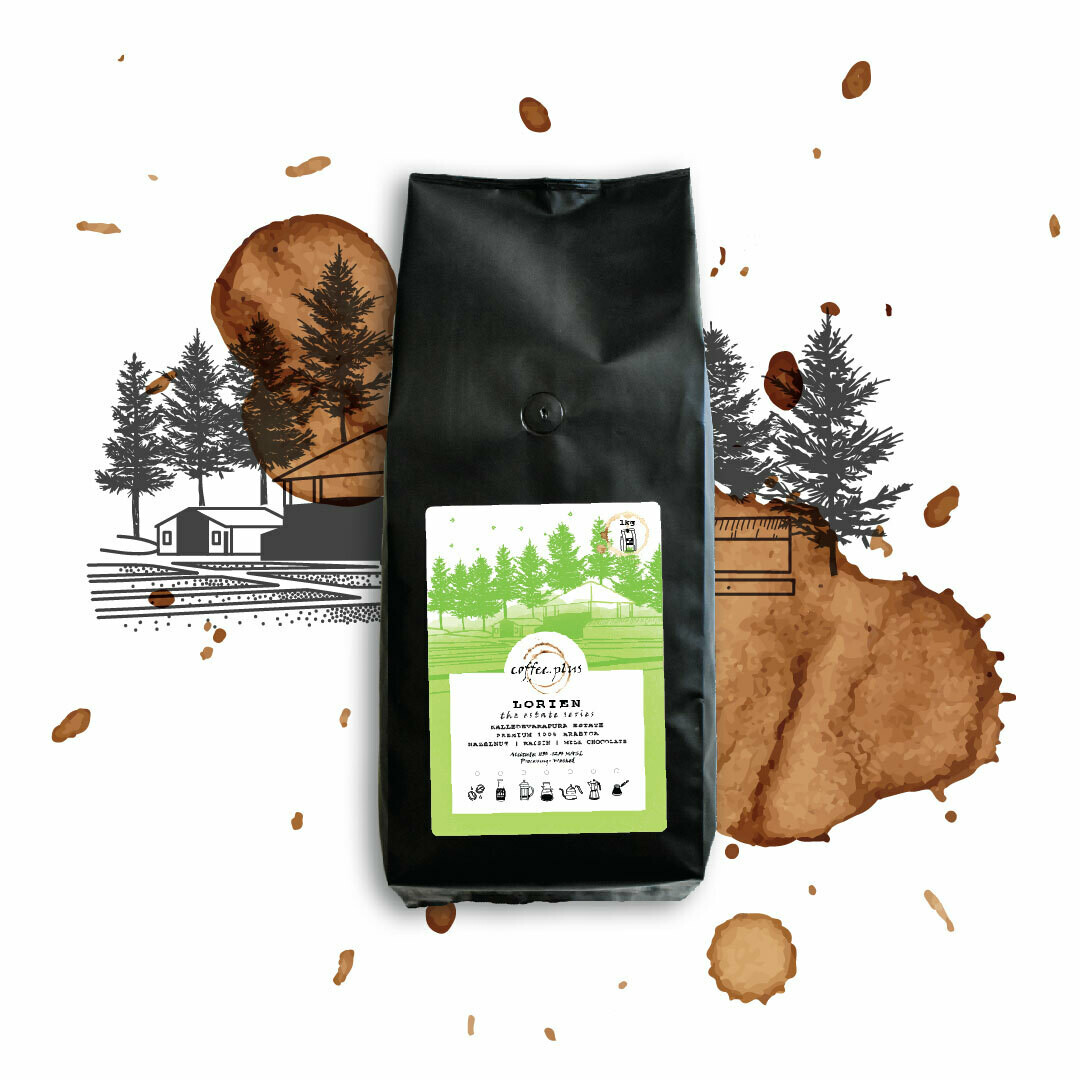 Lorien is part of our Estate series & is a specialty coffee from Kalledevarapura Estate.

Due to the nature of the roast, there may be a hint of coffee oils on the surface which may be more pronounced in summers.

Kalledevarapura Estate is located at an altitude of 1,150 to 1,250 metres above sea level in the Baba Budan Giri Hills, the region where coffee was first planted in India back in the 1670’s. This region is named after Baba Budan who, as legend has it smuggled seven coffee seeds out of Yemen and planted them in India. In Recent genetic testing of coffee varieties shows an Indian lineage to many beans in Africa, Latin America and Indonesia.

Kalledevarapura has a dense two tiered shade cover for the coffee. Unusually low rainfall also contributes to superior beans, many of which have won Flavor of India/Fine Cup awards (the Indian equivalent to Cup of Excellence). Coffee is shade grown under Silver Oat, Jackfruit & fig trees. The spice crops in the vicinity tend to have an influence on the coffees which display a hint of spice.

Save this product for later
Display prices in: INR

What's going on in the coffee world? Coffee tips tricks and more